The information here above shows the evidence that movements like ours must continue their best efforts to help the hard-hit civilian populations. That is why, since 2004, Vivere has been working continuously in Eastern Congo on medico-social assistance to victims of abuses as well as on the fight against impunity with our itinerant courts.

The Syrian Vivere team shares with you the following narration:

The war in our region of Syria, is only generating dramas and tragedies! …

And, the greatest dramas, it is to see the poor innocent babies who pay the biggest price …

This is the case of the little Rkia …

Rkia, a child of 1 year and a half, is the second child of a simple and poor family.

The father, a small worker, finds himself obliged to guard a barricade, with his friends, to defend their neighbourhood …

And one day early in the morning a car bomb passes and explodes, with suicidal persons, and the father dies, with his 3 friends …

His wife, being pregnant, gives birth to little Rkia …

Rkia, the fruit of pain and sadness, and all the sorrows of her mother, is born with cancer and malnutrition, without a dad, with a poor widowed mom and responsible for caring for her two children, in a very difficult situation …

The little Rkia is being cared for her cancer …

Our poor innocent and deprived children are waiting a lot from many big and generous hearts to live, with dignity ..

Together with his parents, elder brother and younger sister, fourteen-year-old Ahmed T. (fictive name) is arrested by the police, the whole family being accused of raping a girl but denying being involved. During the police custody in Saidpur, on November 29, Ahmed was killed by four bullets in the chest by a police officer in charge of his surveillance. His brother, Tufiq T. (fictive name), also a minor in age, faces the death penalty. Vivere is helping a brave local lawyer to both defend Tufiq and demand that the truth about Ahmed’s murder be proven so that the law enforcement official (s) responsible can be brought to justice.

This commitment is an extension of our fight for the abolition of the death penalty and the imprisonment of children, both in Pakistan and in other countries concerned. Although the costs of legal action are relatively modest in the sub-continent compared to those applied in Europe, we are struggling to raise the necessary funds to defend the lives of these young people. The whole procedure for a case, first instance and then court of appeal, can cost approximately from CHF 600 to 2’000 (€ 510 to 1’700) depending on the complexity of the case. We allow ourselves to appeal to the solidarity of those who will read this note.

The editorial staff of the magazine SEPT.INFO invite Vivere as co-speaker at the conference on this theme, on 7th February 2018 at 6 pm in Vevey, address here below. Welcome to all those who can attend. 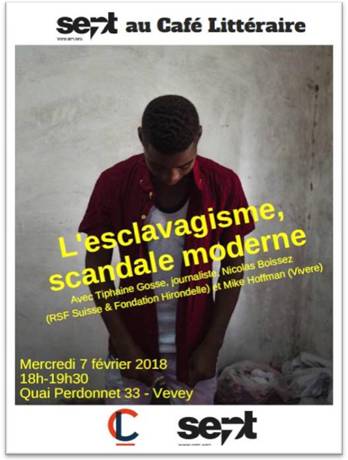 Thank you for your attention and best regards,

Our actions
How to help
Association
MENTIONS LÉGALES

Any cookies that may not be particularly necessary for the website to function and is used specifically to collect user personal data via analytics, ads, other embedded contents are termed as non-necessary cookies. It is mandatory to procure user consent prior to running these cookies on your website.