1 ° Georgette Tshibang, head of the Tulizeni Welcome Center, our partner in North Kivu (DRC), has just confirmed her next visit to Lausanne. We invite you to listen to her testimony and to speak with her Wednesday 8th August at 6 pm, at Mike’s home address below. All those who can are welcome, just warn us by a word of your presence so that we can provide sufficient snacks.

1st floor, door on the right 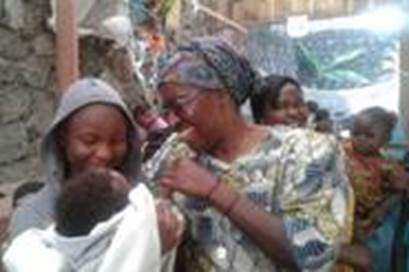 The Vivere-Syria team addresses this narration:

3 ° Fight against human trafficking and assistance to victims

Ukraine: On mission in the East and West of the country, Mike held a press conference on 6th July with Zhytomyr authorities, heads of Immigration and of Police, municipals, etc. The goal was both the prevention of trafficking and the appeal to victims to make themselves known to our local partner in order to be helped. Please see the article attached here, whose translation is at the bottom of the page.

Not a week goes by without us receiving one or more alerts reporting serious human rights violations in this region where Vivere has been operating since 2004. Today our local partner the association ACMEJ testifies:

here is our document in attachment.

WHY DO YOU LET US DIE?

Insecurity is growing in several villages of the Ruzizi Plain and its highlands in South Kivu, east of the Democratic Republic of Congo. The rural civilian inhabitants do not know how to cope anymore and to whom submit the problem of the insecurity which strikes them, because of the attacks by national and foreign armed men.

The security situation is getting more complicated on the eve of elections, for which the CENI is ensuring fair elections. Indeed, it is now that terrorism is developing in the plain of Ruzizi: almost everywhere there are cases of kidnapping, attack and assassination against peaceful citizens.

It is truly incredible and incomprehensible that the Rwandan armed gang of Mr. JEAN-PIERRE, commonly known as RASTA, continues to spread terror in several villages of the Itara-Luvungi group, in the Ruzizi Plain.

Civilian populations are disappointed when facing the acts of violence they are undergoing, in the knowledge of our military and national police. How is it possible that they are incapable of mastering these national and foreign armed men, bands of a few dozen people? What have the civilian inhabitants of this community done since 1996 to deserve all that they have suffered and endured to this day?

Here are some major incidents of the week:

-At around 20:45 on 25/7/2018, armed men, related to the Mayi-Mayi fighters, attacked the village of BWEGERA / Plaine de la Ruzizi. To intimidate the loyalist forces (military and police), they fired several bullets with heavy weapons and managed to steal about 20 cows, two of which died on the spot. Fortunately, no damage to human lives has been reported.

– At approximately 18:30 on 26/7/2018 in KILIBA / Ruzizi Plain, a civilian passenger bus from Bukavu to Uvira was ambushed by armed men related to Burundian fighters FNL, who fired heavy weapon bullets on the bus. Outcome: 5 civilians dead on the spot.

– Around 19:45 on 26/7/2018, armed men, related to the Mayi-Mayi fighters, raided the village of Lemera-Center / Plaine de la Ruzizi, abducting and carrying with them in the bush a resident civilian lady of the village and mother president of the church of the 8th CEPAC / LEMERA.

– On the evening of 26/7/2018 in Bulinga / Katogota / Plaine de la Ruzizi, three armed men related to the Rwandan army band of Mr Jean-Pierre, alias Rasta, were looking for two civilians and inhabitants of Katogota in their fields. Fortunately, alerted, these civilians fled. Having missed their victims, these assailants told a lady who was tearing cassava from her field: “We have already told you not to come to your fields, which now belong to us, but you do not want to understand. Tell the people of Katogota, Bulinga and Lubarika … they will leave their heads here. ”

Local leaders and human rights defenders in Katogota had agreed with Colonel TENDI (Chief Officer) of Lubarika that he would put a military stance on the Katogota-Lubarika stretch, with the aim of preventing armed attackers from tending ambushes in this stretch and protecting the civilian inhabitants who travel on this stretch to go their fields.

However, this commitment has not yet been made, which annoys the civilian inhabitants of Katogota, Bulinga and Lubarika. We therefore ask Colonel Tendi to materialize his promise by putting this military position in the stretch of land mentioned above.

We once again ask the provincial and national governments to properly fulfill their obligations towards their rural inhabitants of the Ruzizi Plain, by getting more involved so that their rural constituents can breathe peace and security.

With our best regards,

Our actions
How to help
Association
MENTIONS LÉGALES

Any cookies that may not be particularly necessary for the website to function and is used specifically to collect user personal data via analytics, ads, other embedded contents are termed as non-necessary cookies. It is mandatory to procure user consent prior to running these cookies on your website.